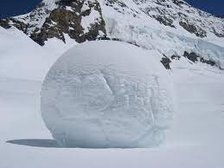 New on the night cash prizes and the snowballs a whooper ! Support the club and be in it to win it !

300 Club Dar - 18:30 on Saturday 15th October
Nick Burnett, our TSC President and 300 Club Promoter, has had his spreadsheet and calculator out and will be launching so new on the night prizes this month !

Join this months TSC fundraising Draw by buying a ticket from the Bar or from Nick or paying by Paypal if you're not around this weekend. Each section has been challenged to increase the number of members or parents linked to their sports to join the 300 Club - so help get your section on the 300 Club map of supporters and sign up as a regular member !

The 300 is one of our biggest fundraisers run every month and the surplus we make goes towards cub development and improvements. Its a win win as you can support your club and be in with the chance to win a number of cash prizes.

This months draw will take place on .....
Saturday 15th October at 6.30pm in the clubhouse - just £4 to enter (for one number) a number in the draw

This month we have:
- a new increased but simplified ON-the-NIGHT Prize (MONTH 1)
+ the SNOWBALL that keeps rolling over and and has now reached £200!!
.. but to be in it to win the on the night prizes you MUST be at the CLUB at the time of the draw and purchased a number !
+ all the regular prizes that can be won by anyone entering the Draw

TO ENTER:
SAVE TIME & JOIN AS A REGULAR MEMBER (see below)
OR
Buy direct from the bar or Nick Burnett on Saturday evening
OR
Buy your entry through https://www.paypal.com/uk/home and send money to
info@timperley-sports.com
Add in the comments / notes
15 October 300 Club Entry and your NAME

Join as a regular member of the 300 Club
To join as a regular member of the 300 Club and have your own unique numbers, you will need to set up a monthly Standing Order (SO) for multiples of £4 based on how many numbers you require. Please contact our Promoter, Nick Burnett via email at nick@theburnetts.co.uk with your details and let him know how many numbers you would like. Note, SO payments received are always taken for the following month’s draw…i.e. numbers purchased in October go into the November draw.

Please note;
• Numbers sold via PayPal or via the bar shall be randomly allocated prior to the draw.
• The overall number of entries received will determine the number and value of the prize(s) at each draw, which shall be declared prior to the draw being made.
• Whilst prizes are drawn in high value order, including the rollover prizes; the highest prizes may not be revealed until the end of the draw.
• Each valid number may only win one prize in any one month