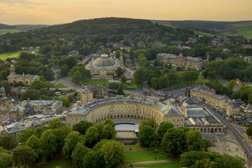 Audacious trip to Derbyshire hauls 3 points for the 5s

The police were yesterday seeking a large group of men who entered Buxton and carried out an audacious raid on the hockey club there. Armed only with sticks the men (only 11 in number) stole 3 points before disappearing from the scene in assorted vehicles.

Witnesses state that the crime was committed in broad daylight under the very noses of the Buxton players. The stealth of the crime was such that two goals had been scored (by ‘a large man with an Irish accent’) whilst the Buxton team slept at the start of the game. Waking up to find raiders on their territory the Buxton team rallied against the interlopers and were able to repair half the damage before another goal was scored (by ‘a large man with an English accent’) to leave it 3-1 at half time.

Concerned that their crime was about to be discovered the visitors retreated and sought to protect their booty, seldom venturing outside of their half as Buxton sought to recover their goods. They halved the difference midway through the second period but the raiders were able to secure their illicit gain despite sustained pressure. The ‘large man with the Irish accent’ assisted this cause nobly by carrying out repeated lengthy distractive runs and dribbles with the ball in far off parts of the pitch to run the clock down as the defenders regained their breath.

Post incident the group of men were seen heading west. Their ring leader was described a small man with shorn locks and was thought to be called ‘Masters’ as per his tracksuit.

Anyone with additional information should contact the relevant authorities.